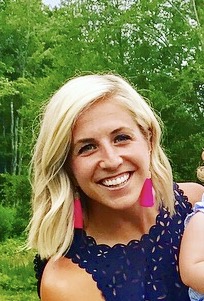 Hanover, NH  – The Upper Valley’s Empower Lacrosse Club is pleased to announce the hiring of Whitaker Willocks as Executive Director and Lacrosse Director. Willocks brings a long history of playing and coaching at the highest level. She was captain of her team at the University of Virginia and a three time US Lacrosse All-American. Willocks has been a past Empower coach and Board Member and has recently moved back to the Upper Valley after a year in State College, Pennsylvania.

“The entire Empower Lacrosse family is thrilled to welcome Whit back to our team and to have her step in as the Lacrosse Director and Executive Director roles,” stated Reese Brown, Board Chair. “Whit exemplifies everything we were looking for in a leader and as a role model for our players, and she will have the complete support of the Board to lead Empower into its next chapter.”

Willocks holds an undergraduate and master’s degrees from the University of Virginia, where she was a member of the women’s lacrosse team from 2005-2010 and captained the team in 2010. She was also a US Lacrosse All American, ’03, ’04, and ’05 and three time ACC Champion and NCAA Runner up. After receiving her master’s degree in education at UVA, Whit worked in a technology firm before moving to Choate Rosemary Hall where she was an Admissions Officer and varsity field hockey & lacrosse coach. Whit then became the Assistant Women’s Lacrosse coach at Dartmouth College and began coaching with Empower when it was first launched here in the Upper Valley.

“It is an honor and privilege to serve as the Lacrosse Director and Executive Director for the Empower Lacrosse Club”, Willocks said.  “My biggest passion in life is guiding and inspiring young women to believe in themselves and to find their inner confidence, which will lead them down a successful life path.”

She continued, “Through the great game of lacrosse, we, at Empower, will develop these young women not only on the lacrosse field, but also off the field as well. Our focus is on the whole student-athlete and creating not only outstanding players, but also outstanding individuals. The importance of character, strength, mind and body health, confidence, leadership and integrity are at the core of all that Empower does and stands for.”

Empower Lacrosse Club is a non-profit, local lacrosse club that believes in supporting the multi-sport athlete, developing the whole player and focusing on long-term development.  Their goal is never to lose sight of the importance of character in building a team and strong, healthy, well-rounded athletes.  For more information, please visit www.empowerlacrosseclub.com.

Gabby and Ingrid Discuss Lacrosse and Fun from Empower Lacrosse Club on Vimeo.